A Military Escort is a type of cargo ship.

All turrets are connected to the cargo containers via conveyor tubes.

s of v.1.030 (list), the Gatling Turrets and Missile Turrets are functioning and will shoot you if you are moving with more than 3m/s.
Best aproach is, so far, to use several decoys (can be real Decoy or any block moving with more than 3 m/s) to distract the turrets. Since the Military Escort has no front or bottom turrets, the best approach vector is from the lower front.
Alternatively you can move slightly below of the path of the ship at a distance of more than 800m and activate the Inertia dampeners to keep absolutely still.
When the ship is above you, match speed with ship. But stay really close to the ship and out of the target area of the turrets.
Then access a terminal link and turn the turrets off (or the "Target moving objects" option).

As of v.1.030 (list), the Gatling Turrets and Missile Turrets are functioning and very accurate.
However, the Military Escort has one major weak point. Directly adjacent to the side entrance is an Interior Wall. This weak wall is all that shields one of the Small Reactors powering the ship.

There are two ways to enter this ship, from each side of the ship. These can be seen on the floor-plan below: 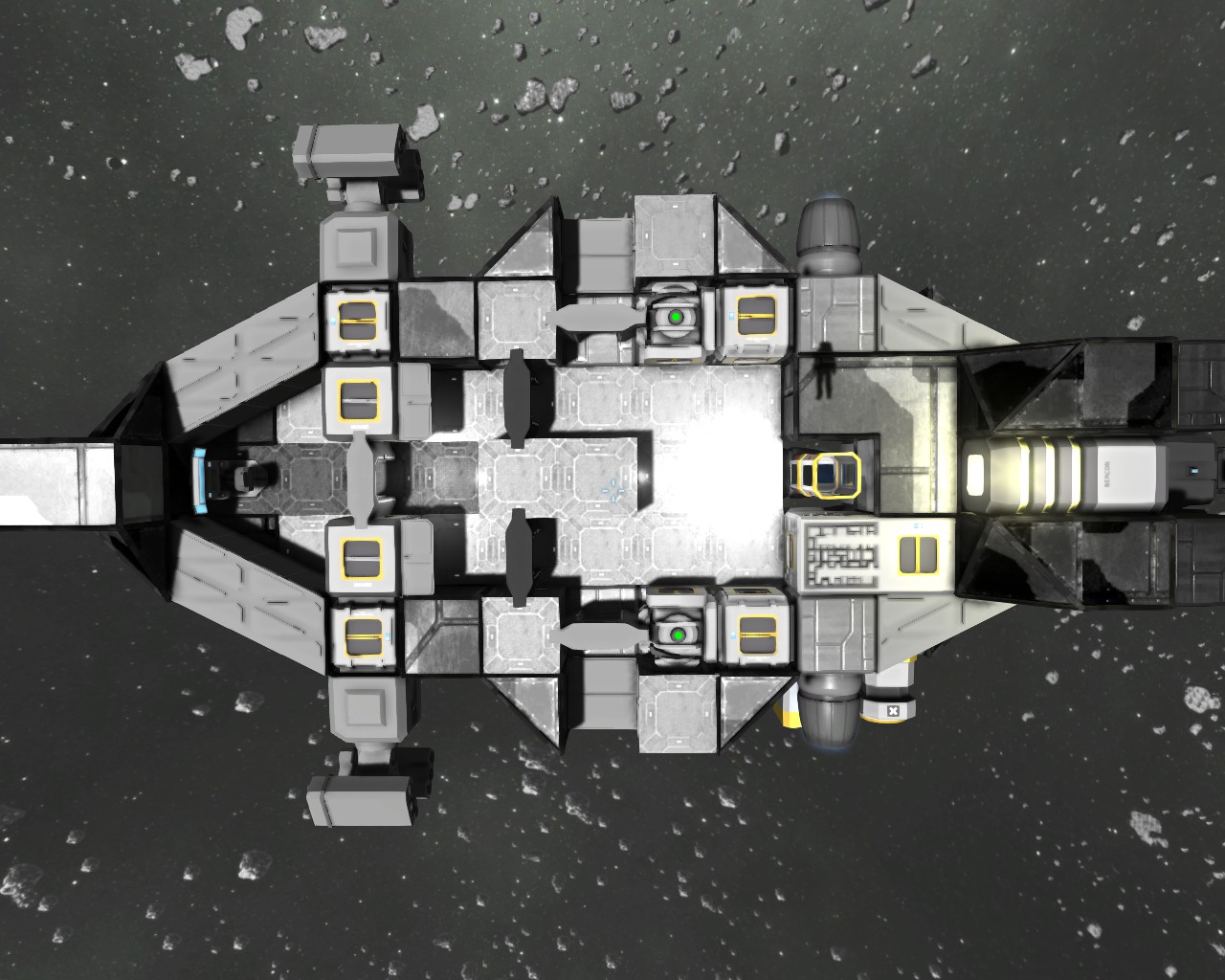 All of the six small cargo containers are interconnected and can be raided from any point.
Cargo summary:

There are two small reactors accessible from the interior containing 11kg of Uranium each.
Cargo summary:

As of v.1.030 (list), the new Military Escort not booby trapped anymore. It is now equipped with a Collector and a Connector which are connected to all small cargo containers and all turrets via conveyor tubes.
The cargo capacity is slightly enlarged (6 instead of 2 small cargo containers).The color scheme is also changed