Gyroscopes allow for the turning of a spacecraft, in any direction. Gyroscopes are a crucial component to the movement of any spacecraft. The gyroscope occupies a single block, the size only proportionate to the type of ship that it is being placed on. Gyroscopes take little energy to power, and with a small ship with three reactors, one could support two or so gyroscopes.

Gyroscopes allow for the turning of a spacecraft, in any direction, simply by using the arrow keys or moving the mouse around. The gyroscope offers:

Gyroscopes can also be set to rotate in a specific direction manually via the control Panel. These can either be triggered, or altered by the player directly. 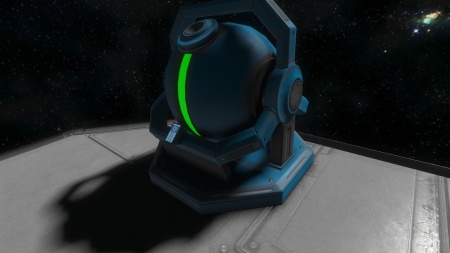