The Timer Block is a meta block used to execute actions of any block it's connected to (not physically). The actions can also be executed after a delay, hence the name. This allows automation / programming of actions.

An action is defined by the properties of a block. Often the actions are the ones you can apply in the "G"-menu when e.g. configuring the action bar of a cockpit. For instance, a Warhead can be detonated or the safety can be toggled on or off. The Timer Block can also execute it's own actions, enabling loops by ending it's sequence with a Start.

A block is connected with the Timer Block when both are on the same grid or sub-grid (other grids that connected via Connectors, Rotors or Pistons). Connection via antennas, i.e. executing actions in remote objects is currently not possible. 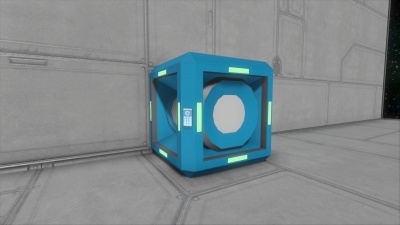