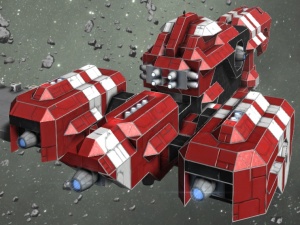 An early version of the Red 1 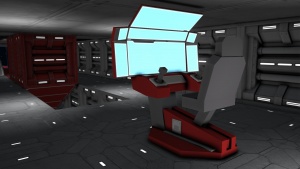 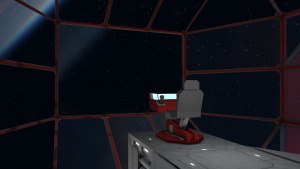 Red 1 or just Red Ship is a pre-fabricated ship, usually seen on many of the Easy Start maps and commonly featured in various official videos. The updated newer version of this ship has numerous features and facilitates making it suitable as general purpose relatively light carrier.

The ship is made up of various sections including: a general cargo bay, 2 separate rooms in the wings with storage containers, a central deck connecting all other parts with the Control Station and Gravity Generator, an upper level with Medical Room and an exposed Observation deck allowing first person piloting via Flight Seat