Interior wall is a decorative block with lights on five sides. Although it is not as strong as the armor blocks, it is considerably lighter than both light and heavy armour.

The interior wall's primary use as the name would suggest is for ship interiors, being both cheap and lightweight. Their major drawback however is their very poor durability, they are extremely weak to enemy fire. It shares the same properties as armor blocks with deformation and damage reduction, but costs considerably less components only light interior plates and few construction components.

The lighting on five of its sides merely glow, and do not illuminate the surrounding area. 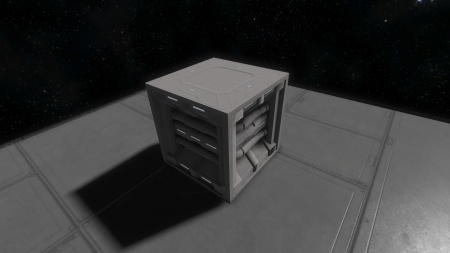