Thrusters are used to move a ship (grid) in a specific direction, and also used to stabilize its position with Inertial dampeners. In order for a grid to be entirely stable, thrusters must be placed in the front, back, left, right, top, and bottom positions.

Small Atmospheric Thrusters don't require any type of fuel other than energy sources such as a Large Reactor in order to function. They can run on any amount of power, however their full potential can only be used with larger amounts of power. 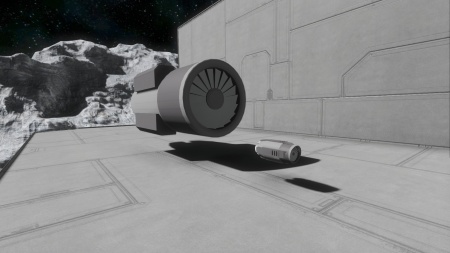