Hello, Engineers! We are getting extremely close to the next major release with the team reviewing the last few remaining details before we can let it loose on the community. We truly appreciate your patience with us as we prepare this update as we really want it to blow your minds!

This week's update contains sorting options for the blueprints screen and a selection of fixes for issues reported by players. These issues now resolved include a crash when spawning on dedicated servers, strange behavior when shooting a rifle on a moving grid and missing mountpoints on advanced rotor blocks. 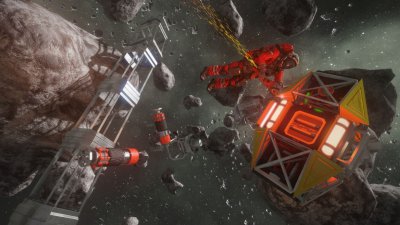 Important note for modders and scripters!

The API overhaul is nearly done, and we think you'll be excited by all the changes! Some modders were given a preview and preliminary feedback was very encouraging. However, some changes will break existing scripts! Rexxar has posted a comprehensive list of all API changes coming in the next major update, including breaking changes, and some tips on how to get your mods and scripts ready for the new API. Check out the forum post here: https://forum.keenswh.com/threads/7398158