The Second Sun Alliance is a strong military faction with a history of dominant performances in faction versus faction gameplay. Formerly lead by a small council the faction is now lead by Fleet Admiral TkdCoops and is one of the most well organized machines in the Space Engineers military community. We are currently looking for active recruits and new faction partnerships for more competitive play. Add TkdCoops on Steam if you are interested in either, or simply fill out an application to join the faction.

We are an 18+ faction with very few exceptions and expect capable mature players to join our ranks. 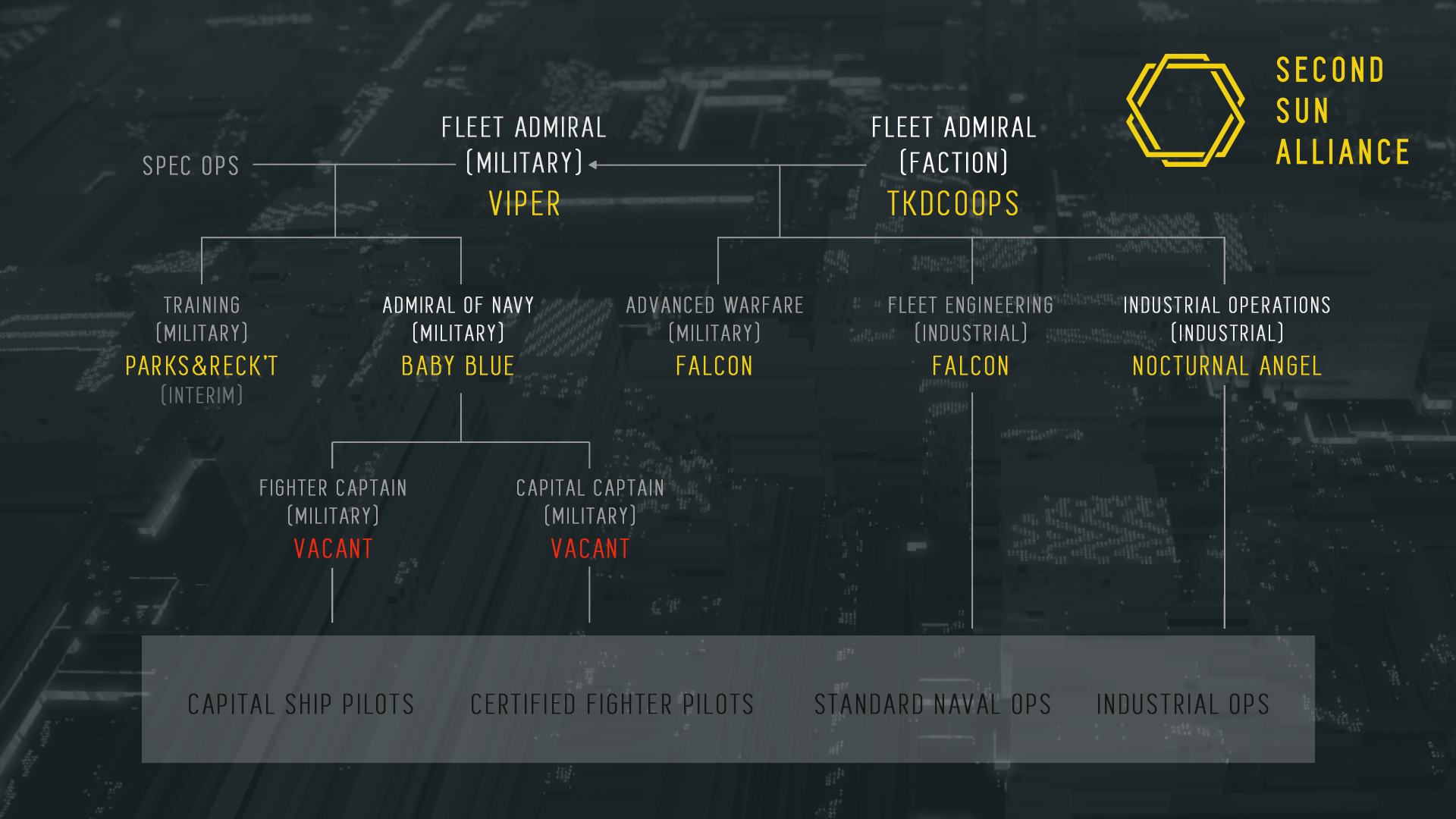 The Second Sun Alliance (SSA) boasts a number of features, many of which are unique to, or were originated with, our faction. We offer members the following opportunities: 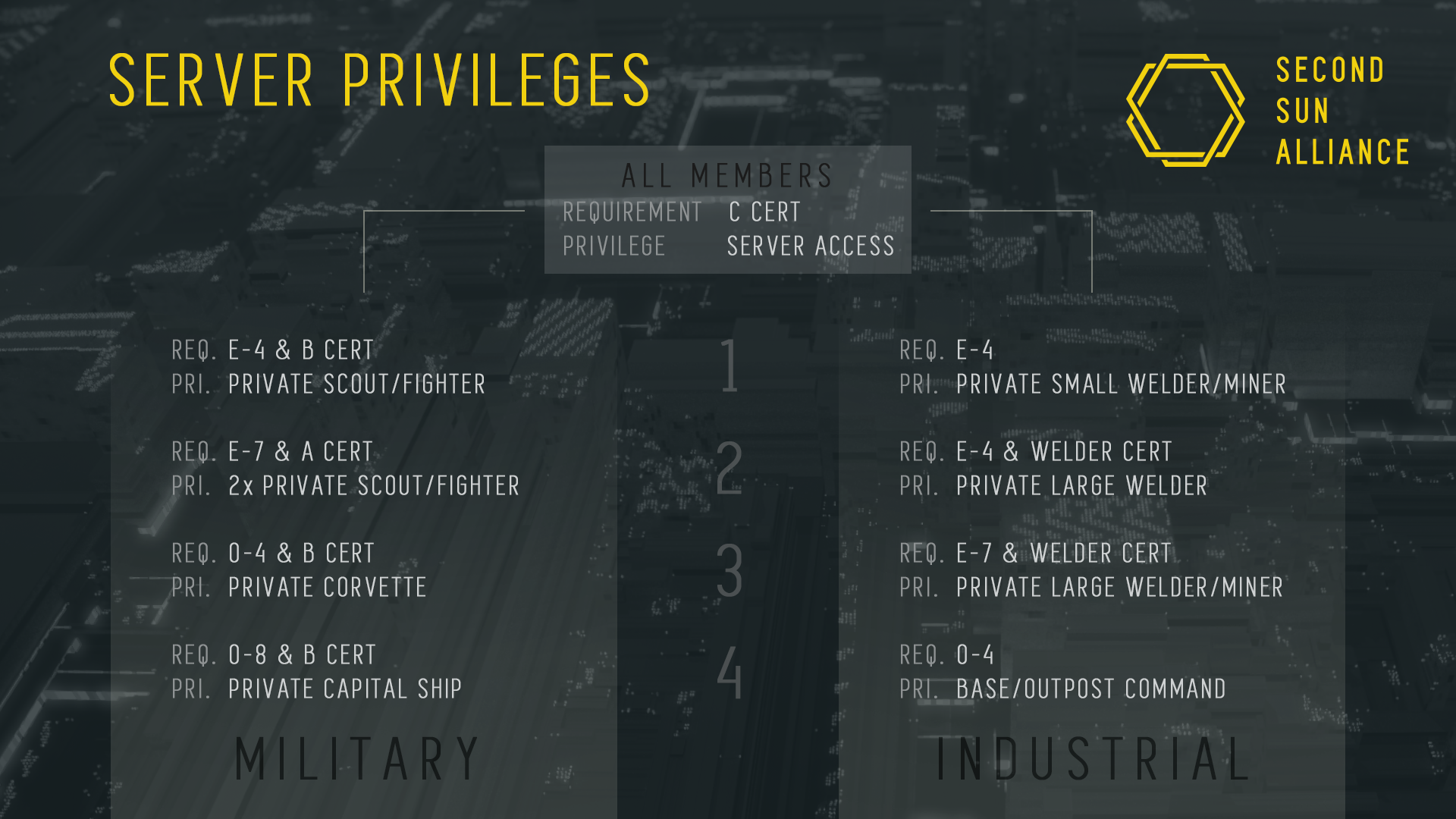 Our faction is an 18+ community and our members are held to high standards. We are not designed to be a faction for everyone, but we are the best faction for like-minded individuals looking for organized faction gameplay. All members must be active and inactive members are removed from the roster after 30 days of inactivity (which is why our membership appears low). We have faced of against factions boasting hundreds of members multiple times and handily outpaced them in server play. We understand that members will come and go and all rank up to the point of Admiral is saved for members returning from leaves of absence.