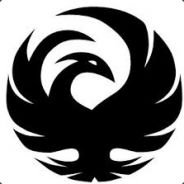 For century's we have been forgotten. Left to die in the far reaches of space. A secret NASA mission you never knew happened. An object that took us far from the Earth we knew. We did not die.. We thrived. Space became an anvil, and we became the hammers. What you think you know is wrong. We are coming back. We will be the salvation needed to restore humanity. We have forged such a mighty power, the galaxy will tremble. Do not fear, we are not coming to conquer. However, do not interrupt our mission, for your very life is at stake if we fail.

Motto: The Phoenix is Rising.

The D.S.C is focused around a rich back story about a secret NASA mission in the late 1900's. The mission itself was to launch off the moon to study an Unidentified Object near Saturn. However, once the the crew came into view of the object, they were warped to another end of space. When they had the sense to manually fly the ship they realized that they would have to really work to survive. And so the D.S.C was founded. With a crew of 7, 4 men and 3 women, they were able to crash land on a nearby inhabitable planet. Here there only goal was to get back to Earth. They named the planet Salutem (Latin for salvation), and swore to leave as soon as they could. Upon exploring the planet, they found both strange technology, and familiar. They also found Civilization. They found countless species of alien's which all had made their way to this planet. After countless years, the descendants of the D.S.C made their way home with the aliens in tow, granting the population of earth longer life spans and better technology. The D.S.C grew and became the pride of humanity.

The D.S.C will be run according to Roberts Rule Of Order. Ranks will go accordingly, Leaders are the top three captains, voted on by the board of 7. Usually the captains are chosen from the board.

-Captain of the Pride, Linkothers (Pride of the Corps is the flagship created to return to Earth)

-Captain of the Revenge, Xtopher

-Captain of the Nemesis, Unfilled

Each head will micro-manage their own branches. However, most new applicants will start out as Newly Enlisted. Once the applicant has proven that they belong in the D.S.C, they will choose what kind of jobs they would like to do. Keep in mind that you can transfer to any other branch by request. The D.S.C Will also have both Civilian Jobs, as well as militarized jobs.

Ambassador(D1): Ambassadors are almost completely self sufficient. They use private ships to get themselves where they need to be, and are often the wealthiest members of the D.S.C. A diplomat is trained to take care of themselves, and convince other factions of what we want. The only one they report to is the Head of Diplomacy, so every one is pretty equal in this branch.

Apprentice Architect(A1): New to the art of architecture, this apprentice will follow in the footsteps of lead architect before they are set loose to do good for our order. Only treated slightly better the a newly enlisted, they are often given the sucky job of wielding as their lead architect designs the ship. To prove themselves, they must create a project that their lead architect approves of.

Novice Architect(A2): After proving themselves, a novice Architect is now set free to spitball ideas, give feedback, and even ship designs. However, they are still given some jobs by either Architects, or Lead Architects. Usually promotions will come after an outstanding contribution to the corps, or extreme ass kissing.

Architect(A3): At this point the Architect has made themselves known to corps, and will now work their way up and eventually become a Lead architect.

Lead Architect(A4): These are the architects the higher ups call when they need something made. They are the ones who have designed their hearts out, and have proven they are the best of the best. They are just one step away from becoming Head of Architecture. Their are only 7 in the corps.

Asteroid Miner(M1): These are the people who make the corps run. Like literally. We wouldn't be anything without these guys. They often have their personal mining ships. However, they still dock at either Deep Space Mining Platforms, or Larger mining expeditions.

Platform Operator(M2): The role of a platform operator is to manage either station tasks, or production tasks. They do the maintenance on big ships and stations, as well as produce a surplus of goods. They are the back bone of the fleet, making sure reactors are running, and guns are loaded.

Deep Space Explorers(M3): To be a Deep Space Explorer takes a lot of guts. These are the guys with a small task-force sent to the farthest reaches of space to collect materials for the fleet. They usually travel in packs, so if they get in trouble, someones got there back. They bring back valuable resources that keeps the fleet running.

Deck Hands(PH1): On the way to becoming who they are, deck hands are given basic knowledge on firing weapons, repairing ships, and tactical superiority. They must then make a decision on becoming a Phoenix Trooper, or an Ash Pilot.

Phoenix Cadet(PH2): After deciding on becoming the Corps number 1 line of defense, Cadets will learn practical boarding procedures, breach methods, zero-gravity warfare, and what it means to be in the Corps.

Phoenix Trooper(PH3): Having proved themselves skillful as a cadet, phoenix troopers are now fully instituted in the Corps. Boarding ships, raiding stations, whatever is needed, the Trooper is ready to do. One of the most dangerous jobs in the Corps, troopers live comfortable lives and aren't really expected to do many chores.

Phoenix Officer(PH4): One of the most renowned Troopers might achieve this rank. Usually the officers are skilled tacticians, and have proven their worth on the battlefield. Phoenix officers often teach cadets, coordinate with pilots, and in general kick ass.

Ash Fighter Pilot(AP1): Knowing the basic knowledge needed to pilot a ship, Ash Fighter squadrons are our main attack force. They are given their own fighters, know how to assault stations and large ships, and go at high speeds. Over time these pilots modify their ships to fit their needs. They also learn how to use counter-measures, counter-maneuvers, and multiple weapon systems. They take orders from their respective carrier captains.

Ash Captain(AP2): Ash Captains are given any where from a small transport ship, to a battleship. They are skilled at maneuvering and need to know how to effectively pilot a larger ship. These pilots take their orders directly from the Battle Group Commander.

Ash Battle-Group Commander(AP3): A proven Pilot with superior knowledge of tactics, the Battle Group Commander manages his battle group, and direct other ship captains into certain battle formations. Leading a battle group is one of the most respected ranks in

Phoenix Deployment Officer(AP4): These are the fast action ready response pilots, ready to take Phoenix troopers to there AO. As the most proven of all the pilots, they are absolute experts at the art of piloting. They coordinate with Phoenix Officers, but otherwise are left to their own devices.

You can either PM Linkothers on steam, or leave an App at the steam forums or the other forum. Remember that this is a private faction and any use of this factions name and or ranks are not to be used unless we have given permissin. The reason for this is that we are purely RP so we do not want interaction with PvP guilds.